My feelings on subjects included in the EBacc are fully laid out here, but my basic gripe is that the ‘humanities’ requirement which includes just Geography or History makes no sense.  Humanities isn’t defined that way in any major university, in any other country, or in the International Baccalaureate.

One argument is that geography is more ‘traditional’, or respected, or well-known. It helps people get the sort of ‘common knowledge’ that helps us all compete equally. Except, that’s probably not true.  Looking at the term ‘geography’ in books over the past 100 years compared to some other topics and we see a different pattern of what is ‘common’: 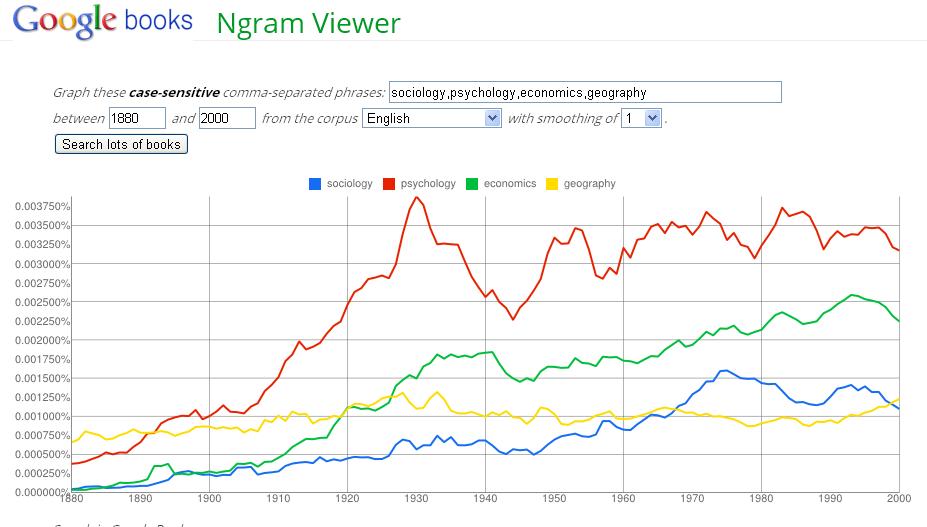 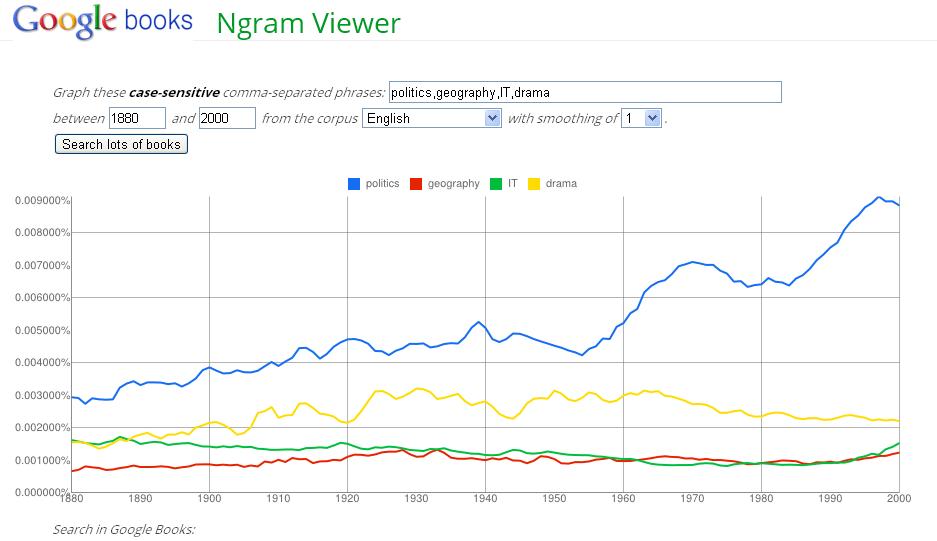 It’s not that I hate geography; I really don’t. It’s just that I don’t see how it can be claimed as being more important than other subjects, or more rigorous, or more useful or – to be honest – even more traditional or historical.  Right from 1880 it is subsumed under other subjects in terms of popularity and it never really improves even despite the fact it is a school subject for so long.

The national curriculum subject Citizenship – for all its terrible name – combines politics, economics and sociology – some of the most prevalent terms in non-fiction literature over the past century. Psychology is also the most prevalent of all these topics, and yet the government has entirely cut funding for new psych teachers. Denying people the study of the topics that have most interested and developed throughout the 20th century seems a bizarre way to me to try and improve our school system.