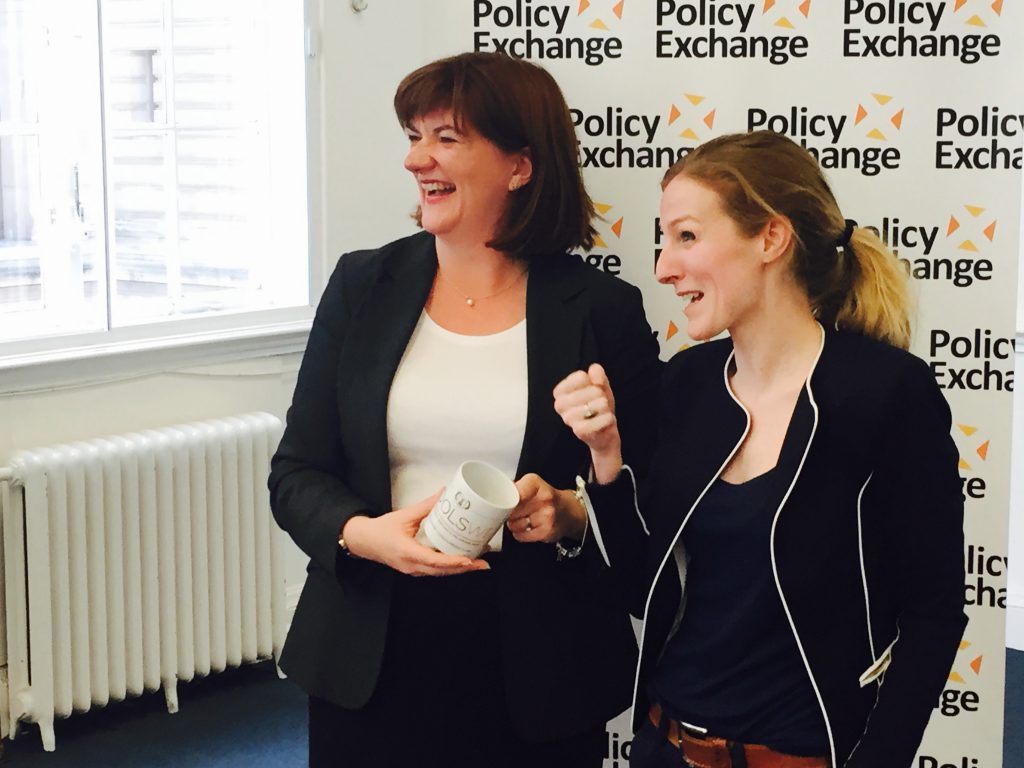 That’s how last year began and it was terrifying.

After just 13 weeks in journalism I was made editor of weekly newspaper
Schools Week which had already become renowned for breaking smart, headline-grabbing, important stories about what was really going on in schools and education policy.

Like a teacher facing a new class for the first time, or a headteacher taking on a new school, the possibilities for doing well – and for totally screwing up – were almost overwhelming.

Since then it’s been a hell of a year.

I’ve been on the six o clock news, the Today programme, endless numbers of radio shows. I did the first major interview with Nicky Morgan after she re-entered office as Education Secretary. Just before Christmas, Schools Week even made the front page of a national newspaper. 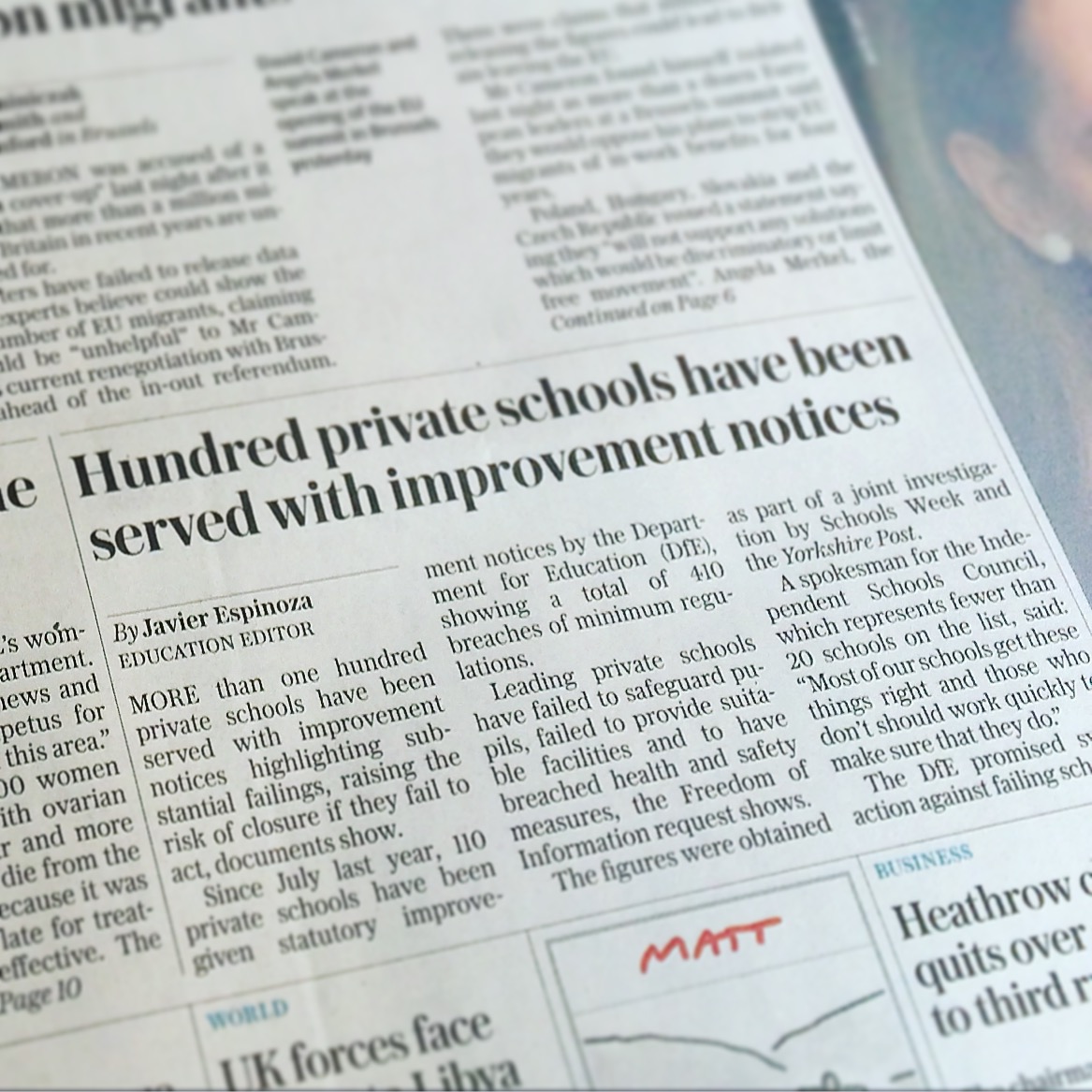 I got to interview some of my education heroes. To name a few: Dylan Wiliam. David Blunkett. Carol Dweck. (All of whom were brilliant and inspiring). 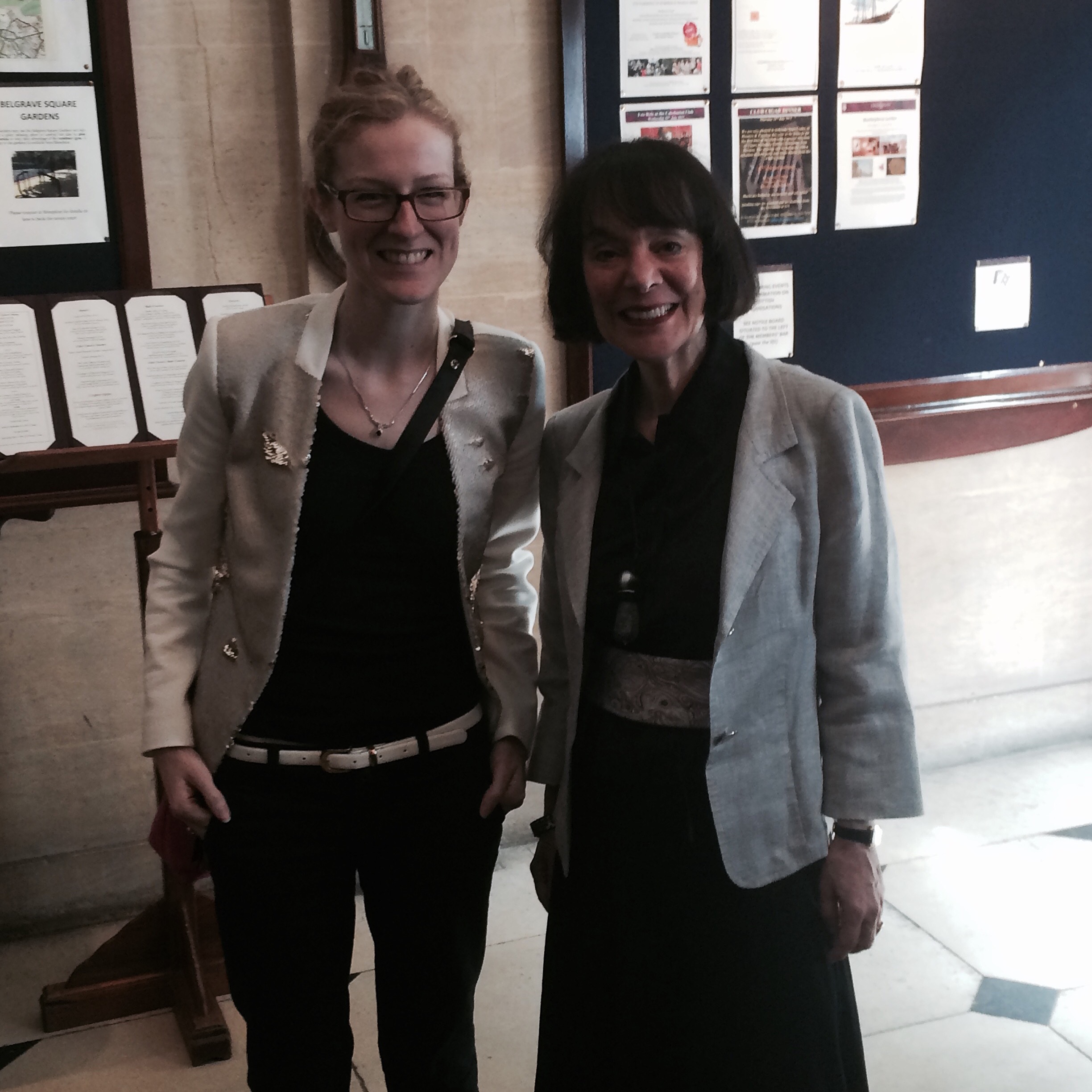 I was called names by directors of communications at multinational companies; had strips torn off me by a politician’s aide; I was told umpteen times by tweeters and online commentors that they were “disappointed” in me.

I encountered situations that seemed like cliches created by script-writers of political dramas. My life has been more Thick Of It and House of Cards than I thought possible, and yet it has also been wonderfully human, too. For every person who phones to yell, there are those who go out of their way to tell us what we are doing well. For every person flouncing, there’s someone else acting with breath-taking magnanimity. For every cross word with a person in power, there’s also a humorous text – often from the same person.

The main lessons of the year have been simple:

1  – Sometimes you have to be pushed to become a leader. As a teacher I swore I’d never want to be a headteacher until 100% ready.  Now, I think that’s a mistake. I don’t think most people are ever 100% ready. Sometimes you’ve got to leap, and build your wings on the way down.

2 – Don’t doubt your team. The Schools Week crowd are an amazing bunch – the directors, the designers, the reporters, the office staff, all of them. For a workaholic perfectionist like me, it’s tough learning to give other people the reins but the team have consistently stepped up, and 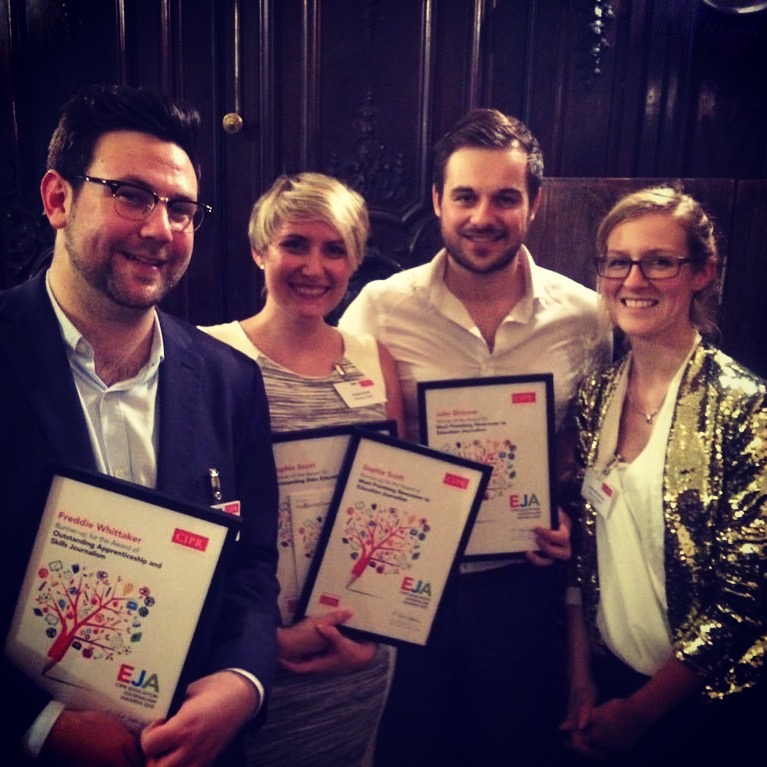 their efforts were duly rewarded this year at the CIPR Education Journalism Awards.

But I did a stupid thing. Before the event I told senior reporter Sophie that she musn’t be disappointed if she didn’t win the Outstanding Education Data Journalism Award. In my head I was trying to point out that her amazing competition (not least a stats guy from the Financial Times) was not something to worry about if you lost.

Naturally, she won. And no one in that audience was more proud than me when they announced her name. (I nearly clapped my hands off). But I also realised what an idiot I was. Sophie is not a sensitive year 7. She didn’t need me sugar-coating reality, nor pre-empting it. A hard transition for teachers going into management is the line between treating adults like pupils, and as colleagues. The teachery-ness I have in me is sometimes brilliantly useful. It helps me notice needs and push people further. That is good for management. But I’m still working on dialing it down as necessary. Thankfully, it’s something I’m aware of and so I don’t mind when people point it out, and thankfully I have a forgiving team. (Sophie had the courtesy not to stick her award and two fingers in my face afterwards). And in the end it taught me lesson 3….

3. You just have to keep on learning.

With that in mind, on to the Nurture stuff…

I wanted to do more, especially about journalism. I haven’t.

Why? Well, I’ve agonised over it. I want to open journalism up more, and get people understanding how and why newspapers (particularly Schools Week) do what they do. But in this first year I was also aware I’d make lots of mistakes and I wasn’t ready to share them. Like many people who say they want to blog, but feel reluctant, I worried that I’d give away things about other people that might make them uncomfortable and I didn’t want to talk the business into corners that it couldn’t remove itself from.

In October, I did share one piece about being a journalist in the crowd at the Conservative conference. It went viral. So viral I even got asked on to the Daily Politics to talk about it – a show I have adored forever. (Annoyingly I  couldn’t do it due to prior commitments, but still – an invite!)

The piece was tough to write. As a newbie to the media industry I’m still intrigued by the silence around the way it operates. Journalists are uneasy, I think, with turning the tables on themselves.

I was criticised by Louise Mensch for what I said and called an apologist by a few others. But, as I’ve written before, I grew up in the shadows of Ogreave and Hillsborough. The complicity of the press in both those incidences means saying what I see, even if it’s different and awkward, is fundamentally important to my sense of justice.

Done. I check out blogs recommended on Schools Week and I try to read at least one each day from the echo chamber.

Commenting has been less frequent largely (and lamely) because I have incessant problems logging into wordpress on my phone – especially now I have 2-step verification.

It has been great to see more bloggers stepping into the limelight this year, though. (And if you want to know my ‘never misses’: Nancy Gedge, Michael Tidd, Stephen Tierney, Jane Manzone, Joe Kirby and Tajinder Gill all come to mind).

This happened. From our Schools Week ‘league tables for disadvantaged pupils’ which re-ordered performance tables based on schools best serving low-income children; through to our 6-part vulnerable learner series; to our celebration of A-level results at secondary modern sixth forms (yes, they exist, 88 of them); and right on to our front page story regarding the free school PRU that locked pupils into classrooms – we did absolutely everything we could on this throughout 2015.

In my Guardian columns I wrote a few times about special educational needs (here and here), in no small part due to the encouragement of brilliant educators in the special needs sector like Simon Knight, Nancy Gedge, Jarlaith O’Brien and Mark Baker. Each time they pointed out the important stuff and didn’t leap on me when I got things wrong but instead coaxed my thinking through calm debate.

I was particularly proud that my piece on child poverty, and its changing measures, received over 10,000 shares and featured my all-time favourite joke about politics.

Asked on serious BBC radio show while on day out. Had to go in hotdog contest t-shirt.

The television, radio, newspaper appearances helped. As have the panels, meetings, dinners, coffees, conferences. So thank you for the many invites, and for listening. The yellow jacket has become a celebrity in its own right.

Our readership numbers are now waaaaaay up on this time last year. But there’s so much more growth possible. A year into editorship I’m finally at that stage where I feel like I can catch my breath enough to think about how we improve next. We have big plans. Keep an eye out for more.

5. Upper Tier Tribunal in January against the DfE regarding secret documents.

That happened. The battle rumbles on. New Year’s Day was spent writing documents for another tribunal. It is all extraordinarily mind-numbing. But also important. (If you want to know more about my court battle with the DfE – here’s the latest post)

1. Sort out my workflow (and get a bit more down-time)

I’ve struggled this year with the onslaught of tasks and information I’m managing on a daily basis. Social media is wonderful. It has helped create our newspaper. But trying to keep up with tweets, Direct Messages, facebook, emails to my work and personal account plus traditional mail (at home and work), has become a bit much.

Likewise, I can struggle to keep perspective on what matters in short, medium and long-term. Partly that’s because when you’re new in a role you tend to not know what is going to matter; partly because I get waylaid with the urgent but not always important.

I’ve taken steps in the last few weeks to improve the situation. I’m automating more tasks, taking internal work conversations out of my inbox and into Slack (a messaging service) and putting more specific goal lists together.

Newsrooms, like schools, have the problem of ‘immediacy’. In a school, if a big fight breaks out, you can’t leave it for later. It’s urgent and must be dealt with immediately. Likewise, in a newsroom, if news breaks then hands are needed on deck.

Having people available for such incidences requires a glut of resource hanging around doing nothing. But no one can afford that. A school can’t have extra senior leaders awaiting exclusions. A newspaper with 3.5 reporters and an edition to get out each week can’t have someone sat round waiting on breaking news.

So how do you manage such events? (Heads, I’m genuinely asking here: how?! – let me know in the comments!)

I’m experimenting with a few ways of prioritising tasks for myself at the moment, and am going to start sharing with my team over the next month. The aim is to blog afterwards about what works.

We’ll also be thinking more about how we prioritise stories and resource that we put into them. A question I am constantly grappling with is: What belongs in our newspaper? How should we make that decision? thoughts on this most welcome in the comments.

3. Be a better friend

School life can be over-whelming, and my family and friends took the brunt of my workaholism this past 18 months. Because they are family, and fantastic friends, they have been very good about it. But I miss them.

Now the kitchen is (nearly) sorted, the aim is to have people come sit and eat in it more often. And yes, online peeps, friends on social media are real friends. Don’t be surprised if you get a brunch invite soon.