After three years, two court cases, endless emails, and a new interpretation of the law to try and stop it, the Department for Education have been ordered – yet again – to provide me information about free schools.

The independent commissioner at the ICO has ruled that releasing the rejection letters sent to free school applicants is strongly in the public interest and outweighs purported disadvantages.

But: there is a new twist

I have now been told that the DfE has ‘lost’ 41 of the letters.

How this has happened is unknown. The ICO judgment states that “searches” have been undertaken on both the DfE’s old and new servers. And yet: nothing.

To say that I am disappointed isn’t just an understatement. It’s untrue. I am bloody furious. Not throw-things-at-a-wall furious. More boiling seething mad-at-the-injustice fury.

The upside is that this judgment should now secure the release of the 590 letters which the department do have. To avoid it the DfE would need to go to court again and while I can’t count that option out, I hope they won’t.

Instead, what I hope is that persistence has won out and that the public can have the information they should have had all along. It’s just a shame that 41 files, and my trust in transparency, have been ‘lost’ in the process. 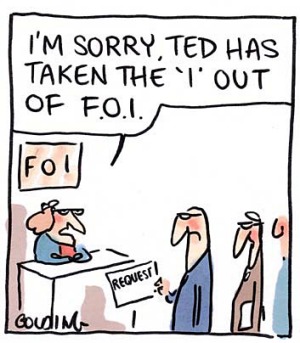