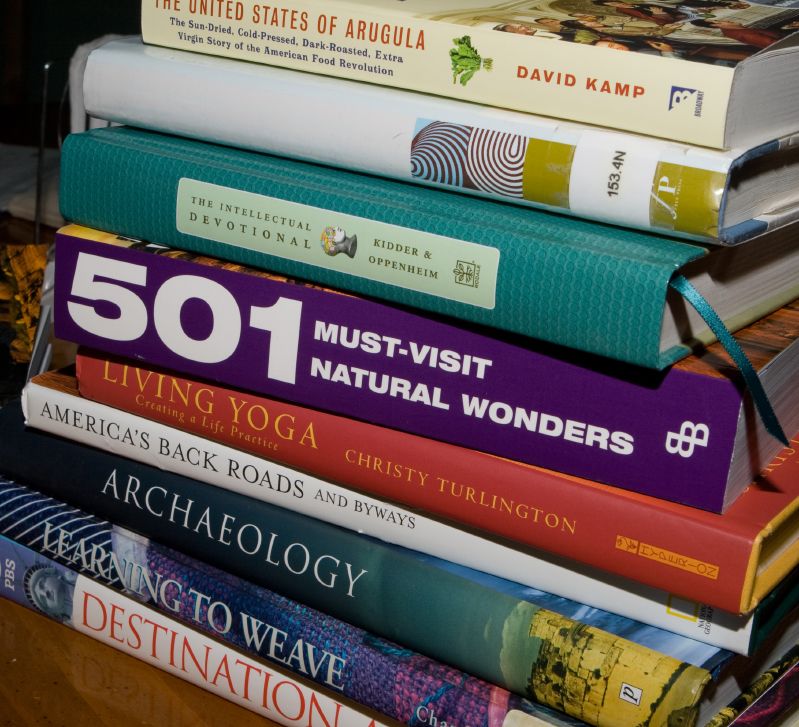 Once a month I get a series of “new book” lists from Publishers. I usually write out a little list of what I want and then I store them up until I have some free time (and/or until the library can get them for me – new books are expensive). Here’s my list for May.

Psychocinematics – Arthur P Shimumura – I’ve written two dissertations in my studies. One was about films, the other about psychology. If Shimumura had gotten this book done a decade earlier I might have written just one dissertation instead. Psychocinematics considers the brain-work involved in film watching and film making. It sounds amazing. A blog about it here makes me want to devour this book immediately. Unfortunately, it’s very expensive.

Improbable Scholars – David Kirp – Union City is one of the poorest areas in New Jersey yet it has been on a ‘turnaround journey’ in the last few years. This book describes new schools, schools that changed their ways, stories of educational administration improvement. But I’m also wary, quite a few bloggers – particularly SchoolFinance101 – have argued NJ is more contrervsial and things haven’t really got better.  BUT – I like considering evidence equally from all sides, and this looks a good way to do that. Also it’s described as a “playbook – not a prayer book – for education reform”. With marketing like that, how can it fail to be great?

Inside the Black Box of Classroom Reform – Larry Cuban – For an English audience this is an unfortunate title. Teachers in England know of “the Black Box” as referring to Williams & Black’s booklet about Assessment for Learning.  Cuban uses the phrase to explain why there have been many many many educatonal reforms yet classrooms have stayed fairly similar (as has inequality, poor standards, etc). Politicians tinker but teachers carry on doing what they do anyway. Cuban explores why, and suggests ways to change. Am intrigued. Want.

The British Constitution (A Very Short Introduction) – I’ve never got over my first Oxford essay. I was given three days to write 2000 words on something about Blair and  the British constitution. It took me two and a half days to figure out we didn’t have a constitution  Or did we? This book would have been a life saver. (Also, yes, the essay was unspeakably awful. I’d have been better served by writing “I don’t know” in capital letters and handing that in).