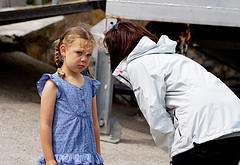 Spending time debunking guff written about unqualified teachers could be a full-time job, so I usually don’t bother. But this piece from Conservative Home on Twigg’s announcement today tested my limits. So here is my take on it:

“As Harry Phibbs wrote yesterday, that isn’t the only inconsistency. While private schools are, in Labour’s eyes, at an unfair advantage, state schools are to be banned from copying their successful policies.

For example, independent schools regularly employ teachers who don’t have official qualifications – indeed, such teachers make up a large proportion of the staff in Britain’s most successful teaching establishments. That is why Gove has granted state schools the freedom to employ them, too.”

First off – who are Britain’s most successful teaching establishments? If you look at the ones mentioned by Gove, you’ll find they are state schools: Mossbourne, Perry Beeches, Elmhurst Primary. Secondly, even if we assume that “most successful” means the private schools who top league tables, there’s not a great deal of evidence (if any?) that says this is down to the quality of their teachers over and above the quality seen in state schools. If anything, the evidence tends to run in the opposite direction.

And yet Twigg denies the evidence. According to his speech, qualifications are the only indicator of good teaching – an assumption which, if true, would mean the nation’s private schools would be basket cases, not the bastions of privilege and elitism which Labour claim.

Twigg never said having a teaching qualification was the only indicator of good teaching; but it is a nationally-recognised minimum standard, and that is important. It is important because it ensures the person has been through all appropriate training, some of which is not just to do with teaching but issues such as health and safety (yawn away, but you’ll regret it when you find yourself in a school trip bus crash) or child protection (no yawning here I hope). Sure, some people drive for twenty years without a licence – and without an accident – but we still expect everyone to pass a test. Let’s not allow less than that for a profession dedicated to our children.

Bravely forging ahead despite the inconvenient obstacles thrown up by reality, he therefore commits that he would ban all state schools from employing teachers who don’t hold formal teaching qualifications – which would mean sacking up to 5000 of those currently changing kids’ lives for the better.

No. He said that schools would not be able to employ teachers who do not get a formal teaching qualification within a reasonable period of time (this is a common journo mistake, see more here). As long as all teachers are given adequate opportunity to get qualified and they are genuinely changing kids’ lives for the better, then no doubt they will pass.

This policy shows the fingerprints of the NUT, the union which loves to say “never”. Where Gove has demolished the dominance of their vested interests by allowing teachers to be employed based on ability rather than paperwork, Twigg seeks to restore protections for NUT approved employees – at the cost of the quality of education on offer to children.

“Teachers to be employed based on ability rather than paperwork” – This is a rum statement. One: teachers teach kids to pass stuff. If the teacher can’t pass QTS, how good can they be at helping other people pass things? Two: If you do have the ability you will pass; if you don’t have the ability, you won’t. And, three: If you’re no good at paperwork you will suck at being a teacher who has to deal with exam entry forms, trip permissions, assessment recording, etc.

That the general public often forget teaching is more multi-faceted profession than pontificating at the front of a classroom is annoying, but understandable. That such ignorance pervades in the words of people wanting to represent a political party is not.