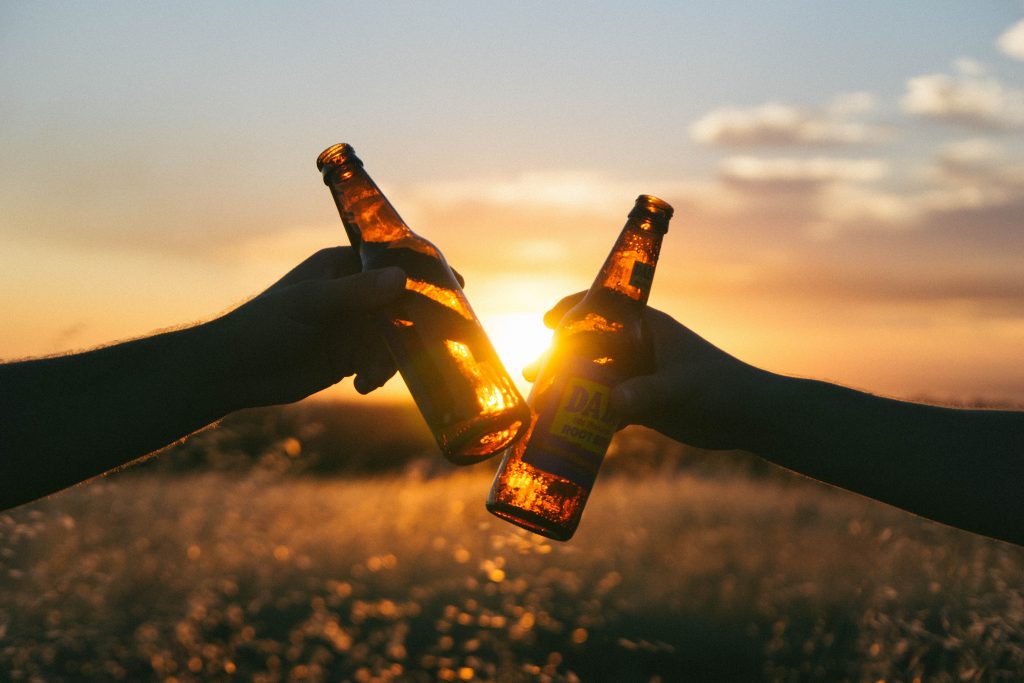 Everyone was battered in the old days, right? In our modern millennium, the trend is different. Non-alcoholic gins are the next big Babycham.

Whereas, back in the 1930s, the average pub-goer would put away between fifteen and twenty pints per week.

Yet, despite this amount of drinking in the pre-war era, there was remarkably little drunkness. For every 5000 hours that a pub opened in the 1930s, only one of its clients was drunk and disorderly.

The killer question is: how the heck do we know this?

Back in 1937, three mates got together and began recording the detail of daily life in Britain. The Mass-Observation Project asked ordinary people to write down the details of their lives in diaries and send them in for analysis.

One of the most fascinating things the group did was asked people to write about their local pubs. They wanted sketches of its layout, copying out of the prices, notes of clients and their behaviour (drunken or otherwise).

This study led to a book The Pub and the People, which details the drinking culture of the time. Since then the study has been used by social historians, addict researchers, psychologists, behavioural scientists, and pub retailers. It speaks to them from almost a hundred years ago and says: Oi, don’t assume things about a people and a place that you’ve never hung out with. Here is what really happened.

And, amazingly, even a century later, people still listen and take on board what those diary scribblers wrote.

We built Teacher Tapp to be that sort of time capsule, but for teachers 💊

When Becky Allen and I started Teacher Tapp in 2017, one of our inspirations was the Mass Observation studies. We knew that policymakers often made incorrect assumptions about teachers lives and we wanted to stop that by getting teachers to tell us what they could see on the ground in school each day.

Given the price of postage these days, diaries were too heavy. Instead, we created an app that people could ‘tapp’ a couple of times to send the information directly over for analysis. Hence, Teacher Tapp (the survey app) was born.

Over the past 5 years we’ve collected the views of over 40,000 teachers – and every person taking part is adding to the story of what’s happening today. You are helping build a time capsule that speaks to policymakers now, but will also speak to the historians, researchers, and school decision-makers of tomorrow.

The Mass Observation studies became particularly important during WWII (for example, criticising information posters and getting them changed). Likewise, throughout the pandemic we’ve been able to challenge journalists on teachers’ working hours, shown the ridiculous levels of anxiety among school leaders, and were often first to flag problems (such as laptop inequalities).

Will you lend your voice to our Teacher Tapp time capsule?

To make sure we are getting new voices and staying on top of trends we are actively looking for more people to join the Teacher Tapp panel. It’s free and easy – simply download the Teacher Tapp app and sign up. We ask three quick questions each day, AND you get to see the results, so you are also informed of what other people are thinking and feeling.

There’s some gamification and rewards, but we think that’s less exciting than the fact you’re taking part in cool education research with the potential to change historians views (and maybe even history itself).