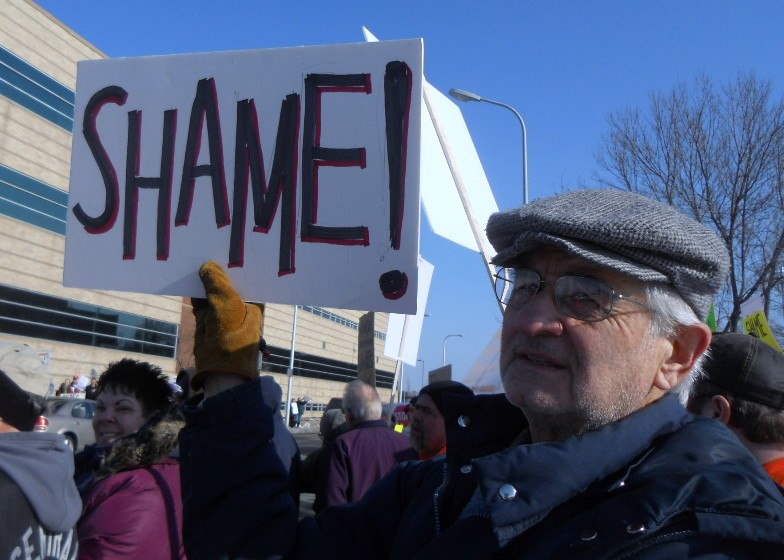 In recent weeks journalists have spent an inordinate amount of time beating themselves up for not guessing the outcome of the General Election. This is bizarre. Journalists are contestants on Catchphrase: we say what we see. The news is not Family Fortunes, in which we try to divine what is in the minds of a hypothetical 100 (or 60 million) people. Sometimes, we are given clues about people’s intentions: through polling data or interviews or protests. And so we report that. Other times, we are asked to give an analysis and a prediction based on this information, and we do the best we can. But the idea that journalists should be humbled because they didn’t predict an outcome that John McDonnell, the shadow chancellor, didn’t even believe at 2am after the polls shut, is arrogant and weird. Presumably McDonnell had spent weeks suffused in Labour land – talking to thousands of people on doorsteps, looking at every bit of polling data – and he seemed as surprised as the rest of us. So let’s not be freaked out that the people whose job involved trying to report on one of the most unexpected, shambolic, rapidly changing elections of the past forty years didn’t guess the upshot.

On the other hand, I’ve yet to hear a single journalist speak of the profession’s failure to predict Grenfell.

Did you read that? Did I just suggest journalists might have cocked up on a fire that killed people? That instead of tuggling locks over Corbyn we might want to look a little guilty about some actual deaths?

Well, yes. Because as Mark Horvit, the ardent former chief of Investigative Reporters and Editors Inc, once yelled at our investigative reporting class, “It’s no use us standing outside a collapsed building asking questions about why a man died. That won’t bring him back.”

Horvit was incensed after a walkway on the outside of a multi-story student residence at the University of Missouri collapsed, killing a firefighter as it went.

The university is famed for having a huge journalism school which operates a fully-fledged television news channel, a daily newspaper and a world-famous investigations department.  In the days since the collapse, it had emerged the university had been aware of structural issues of the residences – which were mostly occupied by international students with families – but had failed to follow-up with maintenance and repairs. None of us had spotted it.

He was furious. “This town is crawling with reporters. The documents were all there. We can clearly see from the records the university knew about this and had done nothing. But had any of us looked? Had any of us followed up?”

“It’s no use standing outside with a microphone, ‘Good evening, the collapse of a walkway has caused the death of a firefighter’… That’s no use to anyone. We can put in a thousand freedom of information requests now, and we’ll get answers, but we can’t change that a wife and a child no longer have a husband and a father.

“That is what happens when we are not paying attention.”

I remember thinking this was harsh. Everyone in the class was working hard. We were filing information requests like crazy. No one was complacent. We were not the ones who neglected the maintenance on that walkway. We didn’t cause the firefighter to lose his life.

But the speech did its job. It reminded me that journalists need to keep an eye on known problems. Since we started Schools Week I cannot tell you how many times we have reported an organisation saying they were going to do something to solve a serious issue, then, when we’ve gone back a year later, nothing has been done.

Why do we go back? Because I learned that day in Mark’s class that follow-up matters. That’s why, in 2015, when the government promised 13 expert reviews as part of its general election campaign, we meticulously tracked each one to completion. It’s why we printed the outcome of the one they were going to keep hidden. It’s why we made the Department for Education hand us the agreement with the Home Office that they wouldn’t use information about pupils to deport illegal immigrants rather than just let them away with saying they’d made the agreement.

Did investigative reporters, particularly on the nationals, screw up by not noticing fire safety issues before Grenfell? Yes. Inside Housing has been reporting on it for ages, including cladding issues. The government was ordered eight months ago to review fire safety standards after other deaths in high-rise flats. That report still wasn’t out 8 months later – and who questioned that delay?

The government have been woeful in the past twelve months at publishing information. They have hidden consultations across the board (we have three outstanding ones in education). Why? Because they didn’t want difficult information put out before a general election. Grenfell shows why that is downright dangerous. When ministers forget that real people are waiting on that information, to make real decisions, and instead treat them as a political end, this is where we end up: unintended consequences writ as large as headlines.

Why didn’t we see newspaper stories about this inaction? Partly because it is hard to cover things not happening. Attention focuses on action: walkways collapsing, dead firefighters. But, as journalists, we have to plug away at the dull stuff. Keep timetables on our computers of decision dates. Check back to see if things are being done. Write loud words when they are not. Talk about the boring-but-important and find ways to make it interesting. That’s the job. It’s not chasing glamour and scandal; it’s making the important into something interesting.

Second, it partly got missed because political reporting has become a quasi-celebrity form of reporting, minuting what the powerful do. And the politicians pander to it as much as the reporters. A juicy quote here; a contrived feud there. It keeps the papers busy and stops people asking or reading about the boring-but-important stuff. But if there’s a lesson of the general election and Grenfell it is that political reporters would do well to pay attention to policy over politics.

Popularity spins on a dime. Guessing the future of politics is astrology: using snapshots of the past, fragments of light in the dark, in order to predict a tomorrow no one can really glimpse.  Policy, however, stays as is. The workability of grammar schools, or free lunches, or a dementia tax, or renationalisation of rail, can be predicted based on data, and history, and stakeholders, and case studies. Those don’t change with popularity. Likewise, the Grenfell cladding was going to be dangerous whoever got into power. It is a problem anyone could have faced – and one everyone should have been asking about.

Journalism is Catchphrase. It involves saying what you see. But you have got to be looking in the right direction to know if Mr Chips is drowning, not waving. Journalists didn’t really miss the election story; they missed a massive, brewing tragedy.

16 thoughts on “Journalists don’t need to self-flagellate about Corbyn, but they should about Grenfell”