Enjoyed Chris Cook’s article looking at the remarkable success of Newham schools in this weekend’s Financial Times.  Kingsford and Little Ilford are a fair representation of most schools here and, as with my own colleagues, they do a great job of working in a difficult but completely exhilarating borough.

Chris mentions a story I once told him about my pupils:

When Laura McInerney, a teacher at a neighbouring Newham school, won funding for a trip to reward one group of pupils, she asked where they wanted to go. Their first choice was the local Nando’s restaurant. Pressed to think further afield, they suggested Nando’s in Greenwich. (She took them to Paris.)

It’s absolutely true and more bizarre is the fact that the students in question were 18 years old.  Even more amusing is that when I took them to Paris all they really wanted to do was shop….. in H&M.  That’s right.  We travelled for 5 hours so they could buy the exact same clothes you can get in London.

Still, nothing made me happier than when we stood in Charles De Gaulle airport and I heard the loudest squeal in the world from a student stood looking at her phone in disbelief: “Miiiiiiiisssssss….. FRANCE JUST TEXTED MEEEEE”. 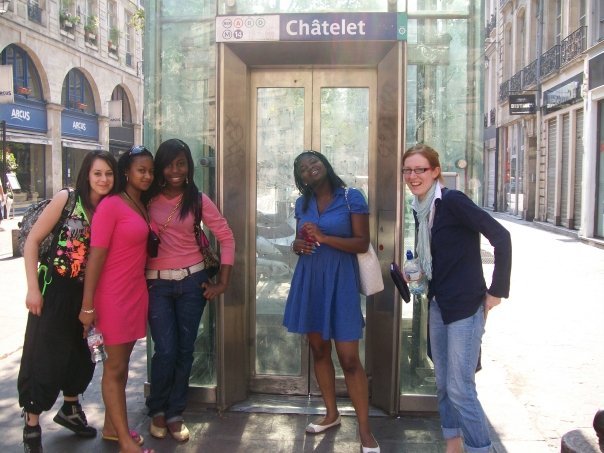 One thought on “Nandos, Paris”