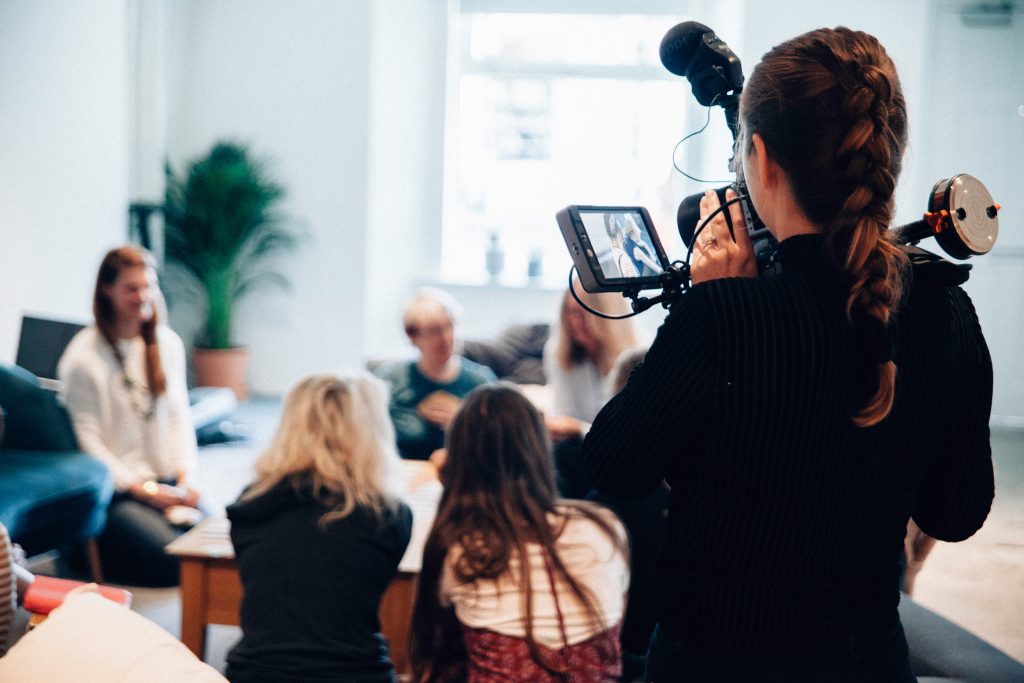 Hello, thanks for getting in touch.

This is the blog I send to people who write and ask for my advice about how to become a journalist. First up, and most importantly, it’s a good question and great to hear that people still want to do the job. It’s vital. Plus, even though it can feel hard to begin, the journalism world will always make space for smart, hard-working people who put in the time to become good at the craft.

You are probably now hoping I can give you some wisdom about how to join this wonderful profession. Frankly, I am a bad source of counsel. My break came after a well-established education journalist died suddenly meaning there was no one waiting to catch the job. When editors looked around to find a new voice, I was stood in the right place at the right time. This is not an easily replicable strategy.

That said, if you want to improve your chances of being in the right place at the right time, I have seven pieces of advice.

A nice thing about journalism is that you can do it without anyone’s permission. There is no licence. No required qualification. Get yourself a free blog. Get on YouTube. Twitter. Tiktok. Just start saying things. The more you write or present to camera, the more feedback you will get, the more you can try to adapt and the better you will get.

If you write for an hour a week, then at the end of the year you will only have done 52 hours of practice. But that’s 52 hours more than you did last year, and 51 hours more than a person who knocked out a single blog and now is sitting around wondering why someone didn’t turn them into a journalist yet. Just think: if they do 1 hour and you do 52, you will be 52 times more experienced than them. That’s just in one year. Do an hour a day and you just 365-timesed your experience.

Who should you write or broadcast for? Yourself! Write the things that you wish you could read. Write about the thing that friends ask for your advice on. Do you explain video calling to your grandparents? Do friends ask for music recommendations? Are you good at excoriating about the most recent episode of Game of Thrones? Put that down in a format. Hit the publish button. You are now a writer or broadcaster, well done.

Journalism jobs come in all shapes and sizes, so it’s a good idea to stay flexible. You may need to spend time sub-editing, or being a video producer, or working for a fish magazine, even if your great desire is to be a foreign correspondent. If it pays, be flexible enough to do it.

BUT there is a lot to be said for having at least one niche – even if you only write about it for free in your spare time. A niche makes you memorable.

With my own writing, I initially wrote a lot about education politics back when I was a secondary school teacher. A friend who was starting a thinktank needed content for his site and asked me to do a fortnightly blog based on current education news. I did that, religiously, for two years. Then, I took a break from teaching to study in the US. While there, I woke up at 3am every Tuesday to watch the Education Select Committee back in the UK, and would both live-tweet the committee (so teachers could see what had happened in their lunch breaks) and then wrote up a review. I did that for another two years. Those blogs, week-in week-out, made me confident enough to create my own site. Gradually, over the years, I became known as the education policy lady. The one who knows about free schools. Or funding. Then I became the “education expert”. These days, if the BBC or ITV want someone to come on and explain an education issue, they come to me. It took about ten years to get to this point. Start your niche, and start soon.

Here’s a secret: most journalists don’t take their professional learning as seriously as you. As someone who trained as a teacher, and then trained others to be teachers, I found journalists’ average lack of interest in improving their skills to be hugely dispiriting. Teachers really care about their job and are constantly trying to get better at it. Ask teachers what you can read about the job and they will bore you with lists. As a journalist, if I asked for recommendations of books that would teach me how to be a better journalist, people mostly laughed and offered fictional accounts of newsrooms. There’s a sense that you just get out there and it all falls into place. It’s not true though. You will always get better if you’re deliberate about the way you practice.

Newspaper writing is a craft. A real one. A difficult one. And not one that you will happen upon by accident. If you are interested in news writing, at the very least you should have consumed News Writing by Anne McKane, Letters To A Young Journalist by Sam Freedman, and the books that form the core part of the NCTJ qualification. Also: read newspapers every single day. And not just the papers that you like, or the stories that you like. Read several papers and all kinds of stories. Analyse first lines. Watch how facts are interwoven. Start practising now. How would you improve the intro? What crucial fact was missing?

If you are more of a ‘opinion writer’ I will warn you that (a) you still should know what is happening in the news or your columns will be boring, and (b) you really REALLY need a niche to stand out in this field. Consume The Penguin Book of Columnists, Crystal Bucket (reviews) by Clive James, Maeve Binchy’s homely columns, and George Orwell’s newspaper inches. This will be a solid education for any type of column writing you will want to do and much more useful than reading 53 Medium posts on how to be a better writer.

For opinion writing you also need a very strong understanding of how to make the readers feel things. To do this, study some copywriting techniques and learn from marketers. Begin with Seth Godin’s All Marketers Are Liars (slash, Tell Stories).

I am not a good writer. I’m not even a good proofreader. But I have learned to hack away at my words and make them vaguely understandable. It is not easy and I wasn’t a natural. But I’ve gathered a few tricks to help. First, I write sentences so that I could understand them if it was in a second language that I vaguely understand. Second, I use Grammarly, which is ridiculously expensive but I’ve continued shelling out for years so it must be doing something right.

First off, I am suspicious of people who do journalism undergraduate degrees. Why? Because knowing the technical aspects of newspaper reporting doesn’t actually help when you are investigating crime squads, or financial documents, or the scientific policies of a regulator. It is much better if you know something. This does not mean you must avoid journalism degrees. When I was the editor at SchoolsWeek several of our best journalists had these degrees – but also had to do the hard work of getting specialised in the school sector and it often took a while. How much easier would it have been if they had worked in a school for a bit first? I’ve also worked with journalists who didn’t go to university at all, and instead spent time out on the beat from when they were about 10. (Don’t worry, this wasn’t a child labour law issue, they just did it themselves).

Outside of your studies, you can be a journalist everywhere. Challenge yourself to go on a walk and see how many stories you can find. Are there roadworks? What’s on the local noticeboard? Find a lampost or building with a planning permission note tied to it (they exist!) These are stories. Write about them. On a blog, in a notebook, make a Tik Tok. Use every opportunity to practice your craft.

Having done years as a blogger, when I covered the Conservative party conference for the first time as a journalist I still wrote a blog about my experience. It went viral and got me an invite to be on The Daily Politics Show. If you didn’t instinctively record something about the pandemic and/or the protests in the past few months, are you sure you want to be a journalist?

I didn’t do this because of the arse roads round way I got into journalism. Big mistake! Learn shorthand. Doesn’t matter how. Just do it. Whatever technological alternative you are going to give me here is nonsense. When you become an editor you will always want to send the people who have shorthand to the most important events because those people always have the most chance of getting notes. Don’t risk being overlooked. Not even if your dictaphone purports to change everything in to handwritten goodness. Not even if you think you have the memory skills of Derren Brown. Learn shorthand.

Everything in life takes time. My best friend Helen Lewis, former deputy editor at the New Statesman and now a features writer at The Atlantic, did her first five years in the job on the sub-editors’ desk at The Daily Mail. The curent editor of Schools Week and the greatest reporter I ever met, John Dickens, did six years on the Slough Observer cranking out local stories. It wasn’t glamorous, but it’s solid learning time.

If you can’t show me your years of graft and learning, I am not even going to start listening to you complain about how hard journalism is to break into. It’s not hard to get into, it’s hard to be good at. But to use one useful thing I’ve learned from reading Cal Newport: the solution is to be so good that they can’t ignore you.