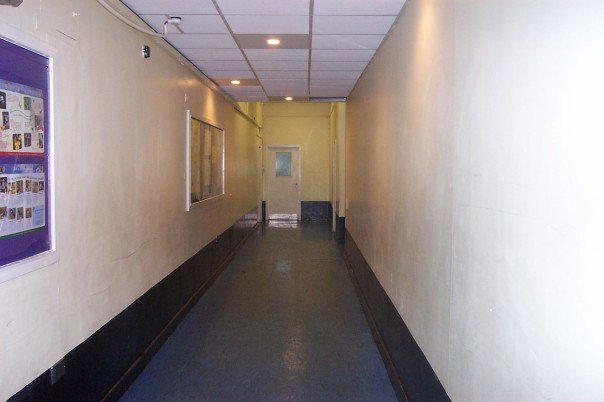 “Nobody said it was easy, but no-one ever said it would be this hard” – Coldplay

On my fourth day as a teacher I was assaulted by a pupil who came back after school to attack me. A few months later I suffered a rib fracture from a student who tried to punch another kid – missed – and got me instead. One student ripped up his exercise book and set it on fire in my corridor, blocking me in behind a blaze. I was even in a serious bus crash during a school trip to Alton Towers. And, like most new teachers, throughout that first year I endured a never-ending monotony of poor behaviour leading to little learning in my classroom. As a consequence I regularly cried my entire trip home on public transport – a journey that took the best part of an hour.

By the end of the next year I was awarded the TeachFirst Excellence Award and the students in my classroom received the best results in the school. What caused the transformation? Trust me, it wasn’t glamorous; it was just down to sheer hard work. And any suggestion that it looked like Dangerous Minds will be treated with contempt. Mostly it looked like me writing detention forms and marking books.

First, what it didn’t involve. It had nothing to do with innate teaching ability. The first time I ever taught – and a lot of the subsequent times too – were complete and utter disasters. It is entirely to the credit of fellow TeachFirst Ambassador, Josie Brett, that I didn’t walk out in a wreck of tears on that very first teaching occasion. Sent to a school in Kent as part of our initial training we were to partner-teach a session about ‘global warming’ to Year 7s. Sweet kids, excited to be having lessons by young people parachuted in to give teachers a rest in the last week of term, they were easy fodder for cutting our teaching teeth on before ‘real school’ in September. Josie and I had spent several supervised hours planning our session. It all sounded great – I don’t remember much about it now – but in my head it was learning mecca.

What actually happened is that I froze. We opened the door and a seemingly endless number of children stood there looking at us, and I just….froze. Josie stepped up immediately: “Come on in!” she said in a warm, friendly, compassionate voice, as if she was naturally channelling an inner Julie Andrews completely alien to me. She told them where to sit, she outlined rules about their conduct, and she began playing some slides we had created as an introduction.

I was still open mouthed.

Little else is memorable from that session. I’m guessing my tongue arrived back in my mouth at some point and I ambled through the ‘great’ plan, all the while thinking that none of it was actually that great. I do remember a young girl who was diabetic explaining that she couldn’t recycle her injection materials and how mad it made her. In response I shuffled and looked apologetic.

Really, it was terrible.

Hence whenever teachers recount their first awful weeks at school I feel fairly confident in telling them that the way you start out is not an indication of anything. Josie also struggled relentlessly over the next two years, though she’s now an incredible SENCo.  I didn’t just struggle, I continually crashed and burned. But I also got there in the end.

Still, how? Just one thing repeated over and over again in my head got me through: Is life really worse for me than it is for these kids? The answer, always, was ‘no’. What I saw students going through in their lives, and yet still getting up every day and getting into school (and a school that was at times very chaotic), was truly humbling. Children whose parents neglected them. Children who were bullied by other children because they didn’t look right. Children in mixed race relationships who had people spit on them in the street. Children who’d left countries where they had seen family members killed in front of their eyes. Children who cared for sick parents. Children who had no parents. All of them, children. All of them still getting on with it.

In comparison what was I really complaining about? That I didn’t know how to do something? That when they took all the hurt inside them and threw it out at me that it pissed me off?  Well, I would think to myself – even through tears and gritted teeth – I can take it. Plus, while the students were often trapped inside their lives – too young, without the monetary or intellectual capital to get themselves out – I was not trapped. I could (and I did) read everything about teaching that I could lay my hands on. I had friends in ‘the outside world’ who listened, and empathised, and who got me resources for my classroom from their own organisations (I lived off Google pens for about 3 months).  I had colleagues who helped with behaviour, I had food, drink, shelter, people who listened to me cry, and cry, and cry. And I had a genuine belief that I (a) wanted to make a difference, and (b) could make a difference – at least some of the time.

If you want to get through your first year of teaching in a challenging school, there is no behaviour tip or lesson plan template I can give you that will matter as much as reminding yourself – every single day – that if your kids can make it through a day at school so can you, and that just by being there and giving it everything you have you are making a difference. It may not be the greatest difference anyone has ever made. It may not be a difference that you can see immediately. Heaven knows there were times when I was convinced I was making everything worse. But if you can stick it out, that you did so will matter – not least to the students who will be grateful for your consistency and efforts.

As for the practical stuff – the behaviour, the lesson plans, and so on. My best advice to you is to read. Read these books. Read other books. Try things out, work out what helped with the learning and what didn’t. Keep going.  If everything gets really black (and at times it will) you can be 100% certain that you are not the only person in your cohort going through it. Every single year when I taught on Summer Institute I would get a raft of emails about this time (Feb/March) from participants telling me how miserable they were and how no-one else on the cohort felt the same. Except I would always have emails from at least three or four other people in their cohort saying the same thing!

You are not alone in how terrible the first year is.  What matters, however, is your sanity. So if it gets too bleak, speak with your tutor, speak with your mentor, give yourself time off at the weekends, put it all in perspective. You are making a difference by turning up and trying. You are making a difference when you teach the kids something new. You are not making a (positive) difference when you hate the world and you ruin your health. No-one is expecting that of you. (And for some new teachers who I have seen get to that point then they have been absolutely right to walk away).

But if one or two (or fifteen) classes make your life hell – ask for help. And if the first person you ask doesn’t provide it, ask someone else, and then someone else. There were times when I burst into tears in the middle of corridors convinced no-one was able to help me – but someone always did. You know why? Because I was crying and that finally signalled to people that I needed help. What I had thought were fairly clear calls for help in my previous complaints had been interpreted as ‘just complaining’ and not as me asking for action. This does not mean you need to actually cry. But if you’re not ‘crying’ for help (in the talking, rather than actual tear sense) then no-one is going to know you need it. Make it clear when you need people and my experience is that even in the most hellish school someone will try to help – and when they do, let them, and then be grateful for the rest of time. The best way to show that gratefulness, of course, is to be the person who helps the next unfortunate soul in the new teacher assembly line (TeachFirst, PGCE, or otherwise). Because you too one day will be wise, and will be facing a newbie burbling wreck in the staffroom.  No really, you will.

If I was you I might now be bridling at the fact that I’ve read 1400 words and the only thing I’ve learned is “keep going”. Sorry about that. If you want more practical help – try my stuff about detentions, read Tom Bennett, read Learning Spy, etc. But, honestly, know that keeping going is about 90% of the difference. Keep turning up, keep thinking about learning, and keep pushing relentlessly toward it. After all, it’s only what we expect from our pupils.

10 thoughts on “How I Survived the First Year of Teaching”