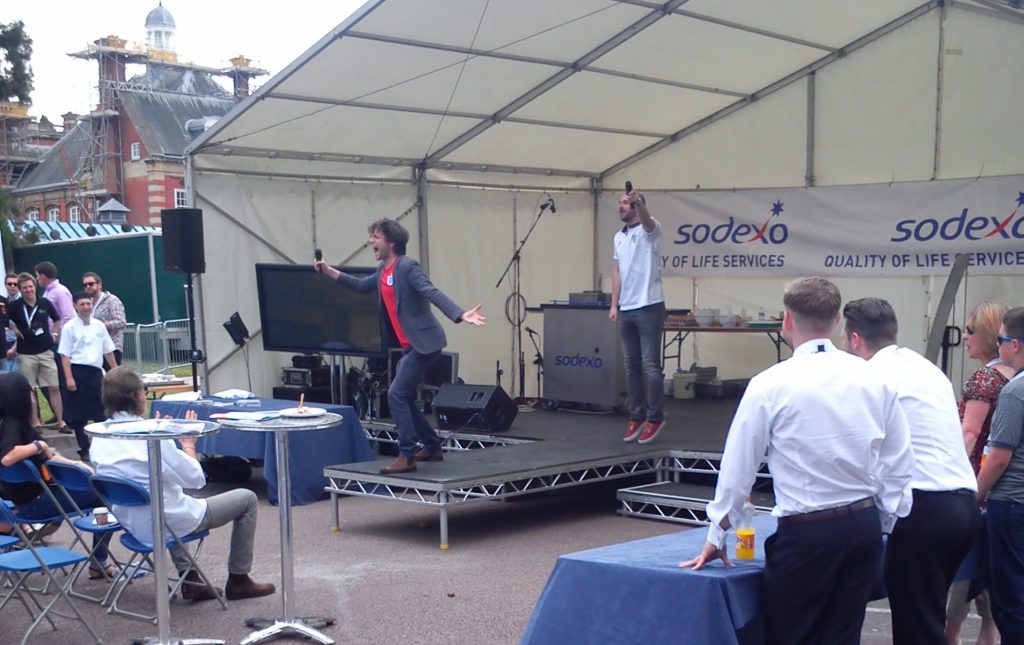 Busy enjoying myself I didn’t take many notes or feel particularly moved to write a blog about it all. HOWEVER, one event stayed with me all week for what it encapsulated about the true spirit of teaching. So I thought I’d share that part.

At lunch-time on Saturday I was lucky enough to be in the ‘street’ – a part of the festival including street-y food vendors and a soundstage. In total, about twenty people were milling around, with the majority of attendees still tucked away watching talks.

Out of apparently nowhere I hear two booming voices: “HELLO!”

It was two men stood on the stage. They were in England shirts. The night before, England had crashed out of the cup.

“We’ve come all the way from York. We left at MIDNIGHT, we slept in our car at 4am, we’re about to sing you a song about ENGLAND WINNING THE WORLD CUP even though THEY WENT OUT LAST NIGHT. But it doesn’t matter! We’re going to sing like that didn’t happen”

I was fairly suspicious and about to leave when they began. And they delivered one of the most incredible performances I have ever seen – especially given that it was delivered to twenty-people who were mostly interested in getting a hotdog a-sap. That the song was crushingly called “Bring it Home” didn’t matter; their enthusiasm was infectious.  I mean, England were already out. The performers had driven for about twelve hours AND YET – they performed as if in front of a 100,000-strong crowd. It was quite something. Not only did I watch it all, I even found myself whooping for an encore.

Among the small crowd I noticed blogging-headteacher John Tomsett, so I went to ask if he knew the group, given that John is also from York. He did. In fact, they  were two of his teachers and they had released the single for charity. He explained how the reason they drove overnight was because their Friday evening had been spent chaperoning the sixth form leavers’ party. Also, he said, they were now legging it back to York to perform in another gig at 6pm. 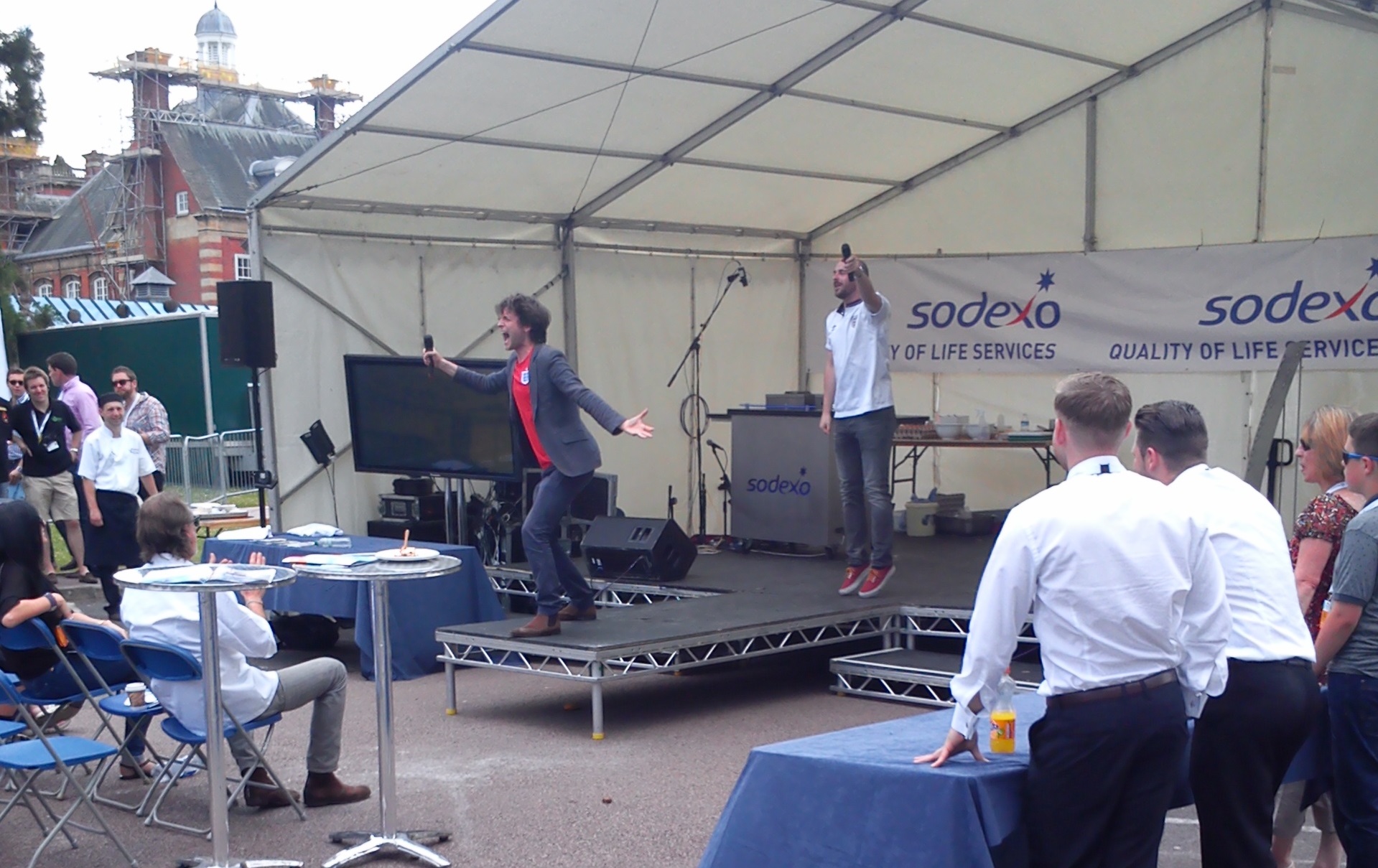 Look at that energy!

As the two ran (literally) to their car all I could think was: this is what great teachers do. By which I don’t mean “be in a band” but instead that they make people believe in outcomes even when they feel impossible. Great teachers put in the necessary planning, they spend the hours to get to the point where they can deliver something (in this example, driving: for most teachers, it’s planning), and then they deliver it with all their might even if only a few despondent individuals are present. Great teachers yank people’s brains with something so interesting or baffling or important that they find themselves wanting to know more. It’s what those guys did on the stage, and it was one of the best examples of teaching I saw in the whole weekend – among a stiff competition.

After lunch I watched a bit of David Starkey’s session. He knows his  Magna Carta. But, in teaching terms, he didn’t hold a candle to those boys.