Chairing debates is always fun. Chairing ones about the role of profit in education is even more so. 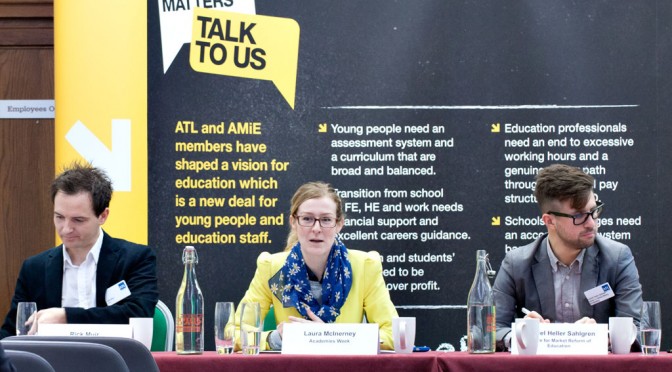 “We don’t want Serco exam factories” said Rick Muir, associated director of IPPR and a panelist at yesterday’s ATL debate on the role of profit in schools. This was the first in five debates ATL will be holding as part of their varied #ShapeEducation discussions, and on this occasion I was the chair.

Muir quickly pointed out that this wasn’t a bash at Serco; it applied equally to other companies also making profit from offering services previously provided by the state.

It’s a tough premise to fight against. No one likes exams. Few people love factories.

But Gabriel Heller Sahlgren, Director of Research at the Centre of Market Reform, is tough – and he likes a fight……

2 thoughts on “What’s wrong with making profits from schools?”