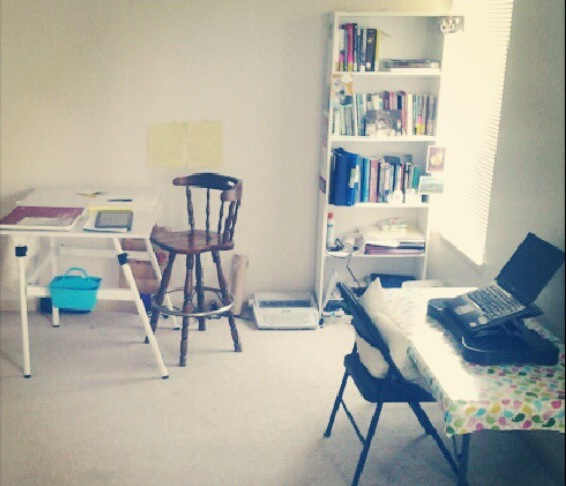 A few months ago the government advertised for 8 “Regional School Commissioners”. Since then Michael Gove, secretary of state for education, has said several times that the Commissioners with be the eyes and ears of the Department for Education. He will devolve his school monitoring and closing powers to them so they can become a sort of academy ninja mob roaming the streets of ‘places that aren’t London’ taking out bad academies and spreading love for the good.

While there are lots of questions I could raise about this policy I keep coming back to the same one and so far no one has an answer:

Where will their desks be?

People look at me like I’m mad. “It’s a digital world,” they say, “the Commissioner’s desk can be in Starbucks, or their car, or a school….”

I look at them they like they are mad. “These eight people will be paid over a hundred grand each. They will be among the most powerful people in education. And you expect them to have meetings….where? In their living room? Will academy chiefs be popping round for a cup of tea? Also, what about their documents? Some of those will be pretty confidential. Is it a requirement of the job that you have secure filing space? And I presume they will have staff. Maybe a secretary? A few admin bods? Where will they be?”

Let’s think through the options:

(1) They are all based in Westminster. Not a bother perhaps. But then what makes them “regional” or “devolved”?

(2) They are based in academy trusts/schools. Hmm…*Sounds the conflict-of-interest alarm bells*

(4) The regional Ofsted centres (as posited by Sam Freedman) – Ah. So, we would have people with devolved central government powers sitting in the same place as people who are apparently completely independent from government. *Shrugs*. Could work. Can see why people would be tetchy about it though.

(5) There is a ‘hub’ in the centre of England for them. Maybe in the old BECTA offices. Or some such place. < See, now we’re talking. But if that’s true, I once again question if what we aren’t actually talking about is a national office for school commissioning with regional directors. If we are that sounds amazingly sensible. Yet whenever I suggest this idea to people they again look at me as if I am mad.

At which point I shrug and simply repeat “So tell me again about these desks….”

6 thoughts on “Where is the desk of the new Regional School Commissioners?”