Given that the Department for Education have asked for a Tribunal to keep free school information a secret, you might think they are in the habit of hiding things. But I’m generally an optimistic soul, and I don’t think that. Not least because the majority of people I meet in edu-policy are thoughtful, and interesting, and trying to do the right thing.

But then stuff comes along that makes it hard to keep such optimism up. Take, for example, the DfE’s sudden deletion of all the pages on the Targeted Basic Need Programme (TBNP). 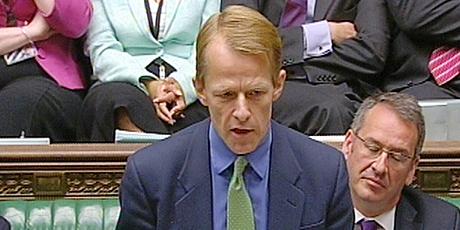 Last year David Laws announced £820m of funds for building new schools. Laws had to do this because the country has a lot of young people and not enough school spaces. The Free Schools policy, where any interested group can apply to open a school, has filled some places, but not many, because the areas where people tend to apply are not always the ones which have the most desperate shortages.

Back when the government were getting a kicking over the money spent on Free Schools, it intrigued me they didn’t defend themselves by talking more about the Targeted Basic Need Programme. After all, it was the policy to solve the places shortage. So I investigated.

What did the TBNP involve? And how is it different to people opening Free Schools?

Before 2010 local authorities were commonly involved in school openings. When the Coalition took over, they put Central Government in charge. Applicants now wanting to a school applied to the DfE, attended interview, and if successful were then granted funds for a school.

The TBNP Programme is different. Because certain places really needed new schools but weren’t getting free school applicants, a call was put out to local councils asking them to say how many school places they needed and bid for schools to fulfill the need. (Either an extension of an existing one, or a new school altogether). The government then examined the submissions and doled out IOUs to the deserving, “Here you go Thurrock, we grant you x million to open a school”. To get the money the local authority then ran a competition for a provider to open and run the school. The council could select from a list of approved academy groups, or they could get a new group approved. Once the local authority decided its preference for a provider it had to send those preferences to the DfE who would check them over, and either grant funds for the school (and the preferred provider) or say “Hmmmm…NO. We think you should have THIS provider instead”. How often this switch happened is one of the things I am most interested in finding out.

Can an interested person read about the Local Authority competitions?

Well, they could – in the past. For example, Rotherham had their tender documents online in December. But they’ve now mysteriously disappeared.

Luckily, I still have a copy .

Does the DfE website inform people about the programme?

Again, it used to. The site was packed with helpful info. I know this because I wrote an email on the 8th January in which I linked to two pages of it (and referred to several others). One of the pages linked to a pdf manual of the process, the other linked to the forms councils completed:

And the DfE have taken all this information down?

Seemingly so. When I went looking for information yesterday, this was all I could find: 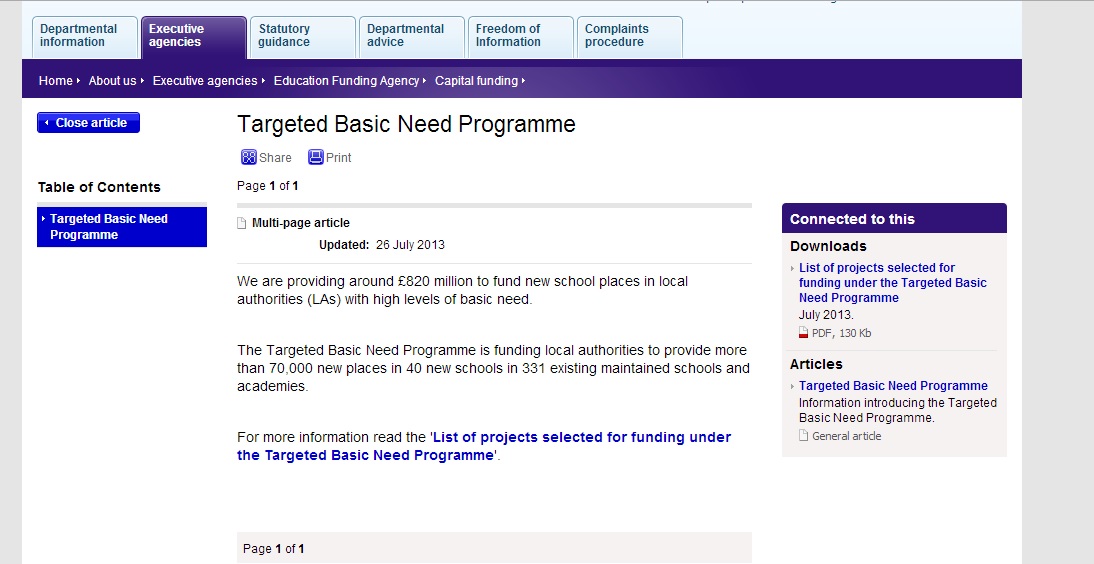 What about the “Connected to this” sidebar promising more info?

Yeah. It brings you back here.

What about the links from the email? To the pdf manual and the paperwork? Do those still work?

So either I am missing something OR, in the past two weeks all the publicly accessible information about this policy has disappeared.

Why does this matter?

For a few reasons. First, £820m quid is not a small amount of money. But if anyone in the public wants to read about the policy, or scrutinise the money’s use, or learn from the TBNP, they are now a bit screwed.

Two, I always worry when the processes for selecting companies to run schools are not transparent. The more the process is hidden away the more likely you are to get fraud, nepotism and dodgy backdoor dealings. That Parliament is later today debating a Free School fraud case where a Conservative Party Vice Chair was making money from the school’s existence should make us all the more anxious to get school procurement matters out into the open (and clear good names that may be unfairly unsullied).

Finally, the law is quite clear that citizens have the right to see government information unless there is good reason not. The law makes this assumption for the same reason we invigilate exam halls. If people know the gaze might fall on them they tend to behave.

I don’t care why this information has disappeared. I do want it to come back.  Ideally with full disclosure of the application process and the bids also (one can dream). Going down the FOI route again will be super-boring, but entirely doable. Let’s hope instead, with characteristic optimism restored, that we will all be spared such a palava.

Update: see what happened next!

11 thoughts on “Why did the DfE delete the Targeted Basic Need Programme website?”