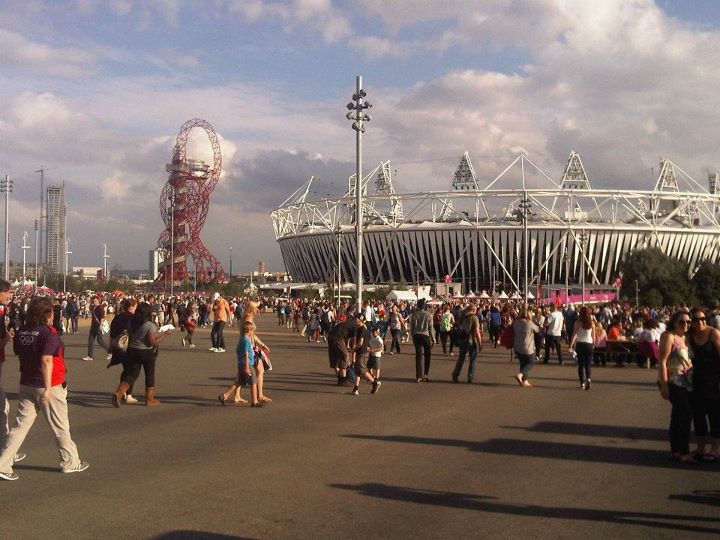 Growing up in an industrial wasteland taught me that it’s not the industry that bothers you as much as the ineluctable decline. You quickly get used to having chimneys looming over you and you can ignore the daily release of invasive toxic fumes.  More damaging is growing up in a declining area where there are few jobs, the buildings are falling down, the shops are becoming scabbier and no-one seems to be doing anything about it. The ugliness isn’t a problem, but you feel the decline; it creeps around in your stomach and under your skin. Not in a way that’s easy to explain; it’s certainly not quantifiable; but you can just feel the lack of care or attention. It’s a bit like being ignored, like you’ve been unjustly passed over in favour of a sibling or a classmate and you get an internal aching sense that the reason you aren’t being cared for is because you’re just not good enough.

Living in Widnes in the 80s/90s felt that way, and when I first arrived in Stratford in 2006 the area shared the feeling.  Scarred by the Forest Gate raid in the aftermath of 7/7 the young people I turned up to teach were noticeably hostile to the world – remarking how much more difficult life had become now that everyone eyed up their backpacks suspiciously – and the whole town had a sense of being a scab on the landscape of London.  In nearby Hackney things were picking up – Broadway market peddled ‘organic’ products, Shoreditch nobbers wore trendy glasses, and Hackney loft living became the new ‘it’ address of media types and chief executives alike.  Here, on this side of the A12, Stratford barely managed to snag a Poundland and inviting guests to my digs involved raised eyebrows and serious concerns about safety.

As I first walked to the school near West Ham Park where I would later teach I remember grimacing at the number of houses with metal-plated windows and quickening my step on street corners, having been warned that the area was a hotbed for prostitution.  The school building had been knocked up post-WWII and was in the most desperate need of renovation. Unemployment in the borough was the highest of any place in London; so was the long-term sickness bill.  It all seemed bleak.

Fast forward six years and Stratford is a different place.  I’ve watched the change from the windows of a flat I bought here after falling in love with our strange little town, and I’ve watched the impact the Olympics regeneration has had on the young people I’ve taught.  It’s so easy to say that “it’s just a shopping centre”. Maybe it is.  But in Widnes they built “just a shopping centre” 3 years ago – in fact, it’s only a BHS and a Marks & Spencers – but it’s the first thing everyone tells me about when I go home (“Have you seen the new shops?  It’s not like Widnes!”) and it has become a point of pride and a reason – finally! – to live in the town.  Shopping centres are a social space – a place we can eat together, drink together, shop together.  Hang-out zones litter the tendrils of Westfield, alive with the chatter of Asian mothers rocking prams, teenage boys discussing video games, young couples looking wide-eyed in the windows of furniture shops and all ages, races, religions mingle together ‘being’ in the same place.  It’s easy to be cynical (“Aren’t we encouraging debt? What about consumerism?”), but I see something different in this mingling: I see a place where we can realise that it doesn’t matter how different we look, most of us like doing the same things, we like frozen yoghurts, and bowling, and gawking at new phones – and no matter how different we are we can do these things together, peacefully.  I love being able to talk to my students about Westfield; we make jokes about the trendiest places and discuss events (“Miissss…you didn’t go to see Biiieeeeber?!”).  It may “only be a shopping centre” but it is also a cultural object that we locals can share in a way I couldn’t imagine six years ago when the majority of my students never ventured past Green Street and our only point of cultural commonality was Eastenders.

The transport links have also made a huge difference.  If you do a job in business and you want to be within 6 minutes of Kings Cross, 11 minutes of Canary Wharf, 15 minutes of London Bridge and 10 minutes of Liverpool Street, here is the place to do it.  Stratford offers access to almost anywhere in London within 40 minutes and that means people want to live here. And when those people live here, they spend their money here – in our local shops, our local restaurants, our (amazing) local pubs.  It brings a buzz too; one of the most interesting changes for me has been seeing the growth in people walking to Stratford Station in a morning in a suit.  Six years ago I barely saw any professional person in Stratford in a morning.  Now our station is alive with people shouting on their phones and chugging down their Nero coffees, and though they sort of irritate me, I dig it.  I dig it because I want everyone to feel at home in Stratford. I want the kids I teach to see and experience as many adults as possible. I want them to know that they too, if they want, can live in Newham and wear a suit to work and drink coffee on the way in.  Or they can be an athlete – just like the people who will run around our stadiums in August. Or that they can be an artist, like the bohemian photographers and designers who are starting to buy the 2-bed terraces.

And however much I may wish it to be true that this could happen without the Olympics, the fact is, it wouldn’t have done. Some stuff might have happened anyway, maybe even Westfield, but given the economic situation projects would have been cancelled and pulled, and the metal plates would have been left on those windows along with the feeling that although we were less than 6 miles from the centre of London our chemically-infected soils may as well be at the end of the Earth.  We would be missing the buzz, the PR, the feeling of opportunity – and there’s no way that 4,000 new homes, 10,000 new jobs, new schools, new health centres and new sporting facilities would be opening up for us.

Whether there is a ‘real’ legacy or not I cannot guarantee, though I think with the infrastructure that has been built it will be hard not to have better outcomes for our community.  What is most definitely here now though is a feeling of hope and opportunity, and that matters so much.  Hope is the antidote to that feeling that no-one out there cares.  It makes you think that maybe, just maybe, you are good enough to go on and do things, it gives the confidence to say where you are from with pride (I hate the fact that some of my pupils practically apologise when they say their hometown), and most of all it gives the local community more ways to interact and be together.  This is what brings integration, this is what brings true opportunity, and it is for this reason that I love the Olympics. Let the Games begin.

13 thoughts on “Why I Love The Olympics”